Toward the end of the 19th century several choral groups were meeting in the Kirkcudbright area, but according to the “Kirkcudbrightshire Advertiser” for Friday, the 28th of October 1892, the previous Monday evening, at their weekly practice, the Kirkcudbright Musical Society formally constituted itself by the election of  officials and a committee. In 1900 the name seems to have altered its name to the Kirkcudbright Choral Society.

The following February the group gave its first concert with orchestra!   With the exception of a brief break during the First World War, the Choral Society has continued unabated to this day.  The repertoire has changed and evolved over the years from song medleys and instrumental tunes, to many years of very popular light operas. Here are some photographs from the operas performed in this period. 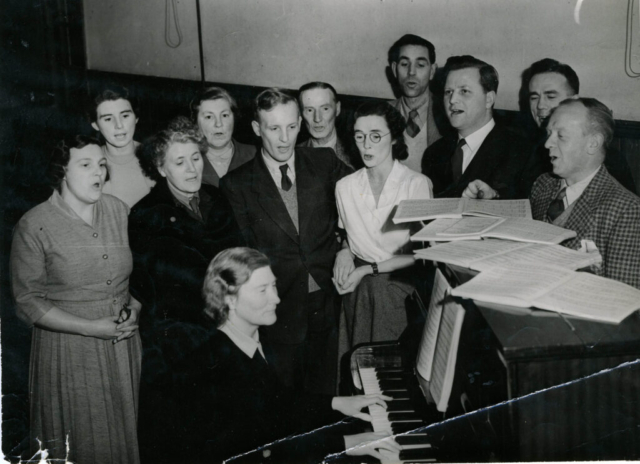 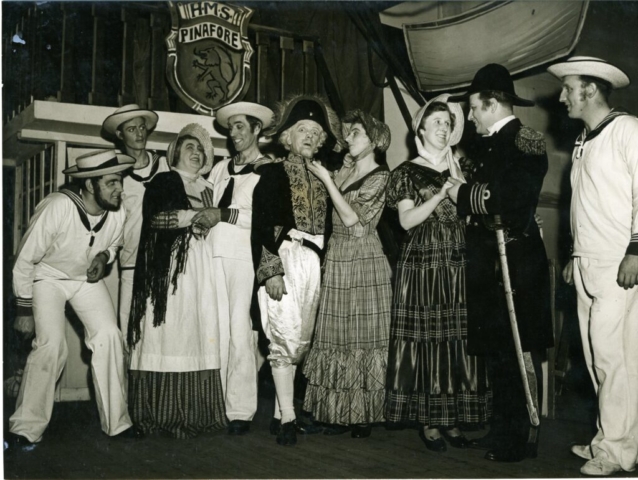 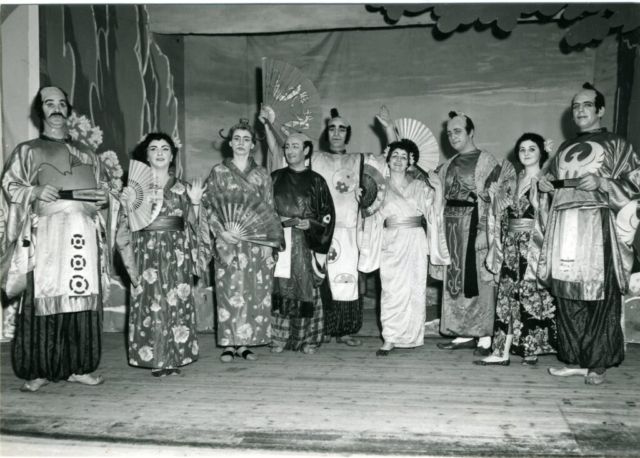 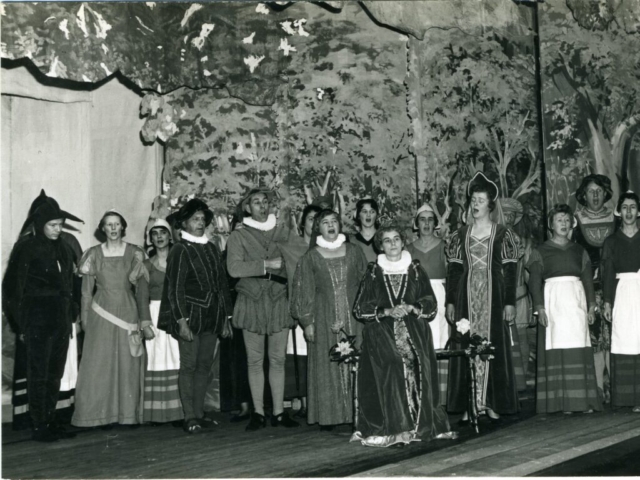 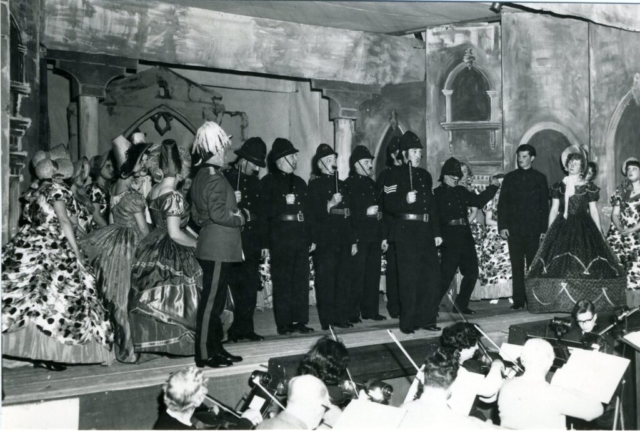 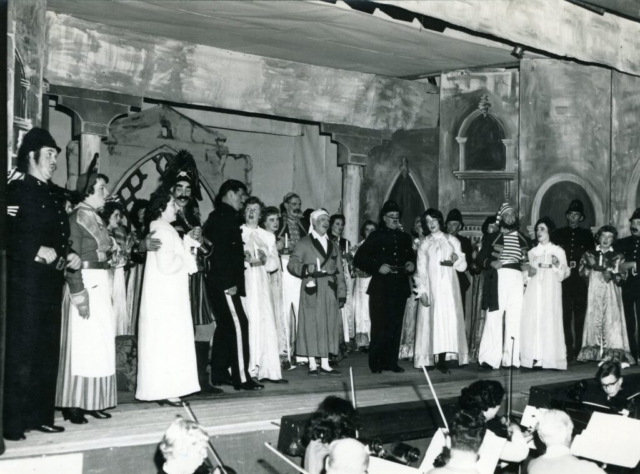 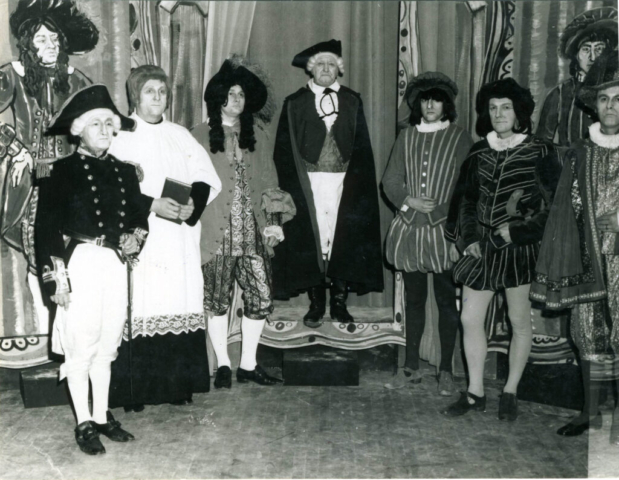 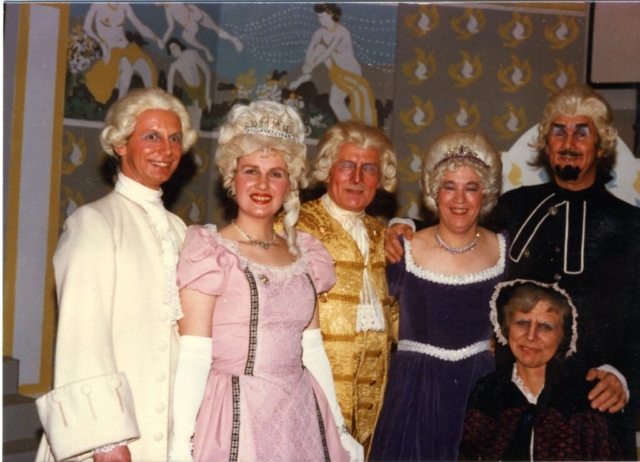 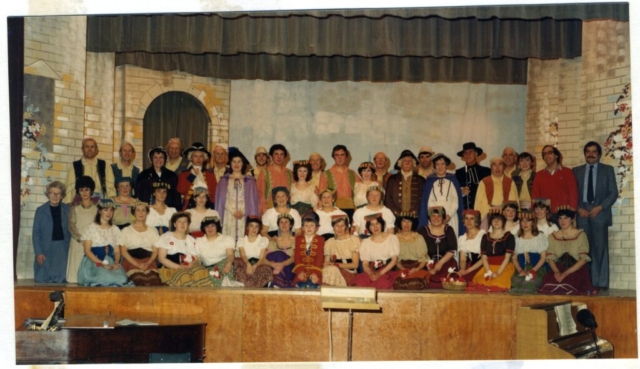 Toward the end of the 1960’s the still highly anticipated Christmas concerts began.  Since 1982 the Society has focused on major works, including several Requiems.  When Michael Appleford took over as Musical Director in 2009, the group again began to do larger  more ambitious works incorporating orchestral accompaniment and exploring the works of modern composers such as Ola Gjeilo and Dan Forrest.

Geoff Davidson took on the role of Musical Director in 2019 and led the choir in a memorable Christmas concert featuring works by Pergolesi and Britten along with some Christmas favourites.

The size of the group has varied largely over the years, but today has about 70 members and is one of the few choral societies in Scotland that is continuing to grow.